Home > News & Events > The first Spanish recipient of the IRISÂ...

After being blind for the past 30 years, the first Spanish recipient of the IRISÂ®II retinal chip has begun to locate objects

The IMO patient is one of 10 European participants in the Pixium Vision study and, six months after the Institute implanted the bionic prosthesis, is following a visual rehabilitation programme that already allows him to locate objects and begin to distinguish them.
Â

In July 2017, half a year has passed since the new IRISÂ®II retinal chip was implanted in the first recipient in our country, as part of a European clinical trial, in which the IMO participates as the only centre in Spain to test the efficiency of this bionic prosthesis. After undergoing surgery in January, carried out byÂ Dr Borja CorcĂłsteguiÂ â€“ the principal project investigator at the Institute â€“,Â Francisco Mulet,Â who had been blind for more than 30 years due toÂ retinitis pigmentosa, completes the first stage of the study locating objects thanks to the perception of points of light. Meanwhile, he is still working on gradually identifying them through a demanding visual rehabilitation programme, which is expected to last 18 months, with the possibility of extending its follow-up stage another year and a half.

As emphasised byÂ Carol Camino, an optometrist at the Institute in charge of this training programme, "we usually rehabilitate people with low vision, but making this possible in a blind patient is a great satisfaction, as well as a true challenge." The goal is for the patient to learn how to interpret the light stimuli he receives, so that he can "see" by means of the artificial vision system developed by the companyÂ Pixium Vision. It consists of a mini-camera installed on special glasses that mimic the operation of the human eye and send the information captured in the form of infrared rays to a processor, which allows to make adjustments in terms of zoom, brightness, etc., as well as to select different vision modes. From there, the data reaches the chip implanted in the retina, which, through the optic nerve, transmits the image signals to the brain.

To get the most out of this complex and advanced technology, we work in weekly sessions of about 5 hours at the Institute, during which we accurately monitor the direction of the patient's look and the activation of each of the 150 electrodes making up the chip (three times as many as in previous models), while performing exercises to distinguish materials of various shapes and sizes, with different types of contrast and movement. As a result, "flashes are more or less numerous and more or less intense,â€ť Francisco Mulet explains. 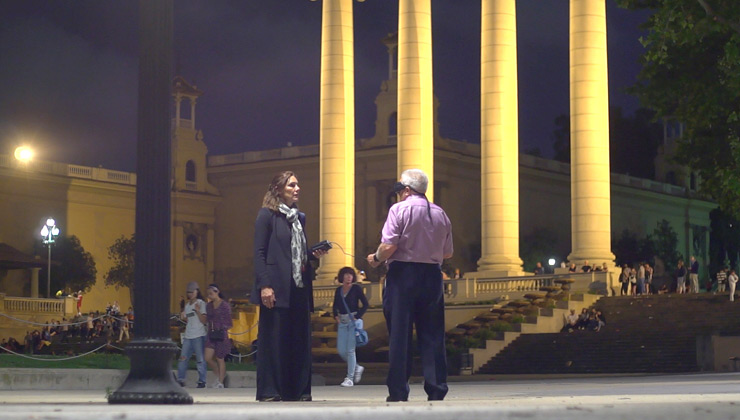